The Future of Robotics: Will Robots Take Over the World 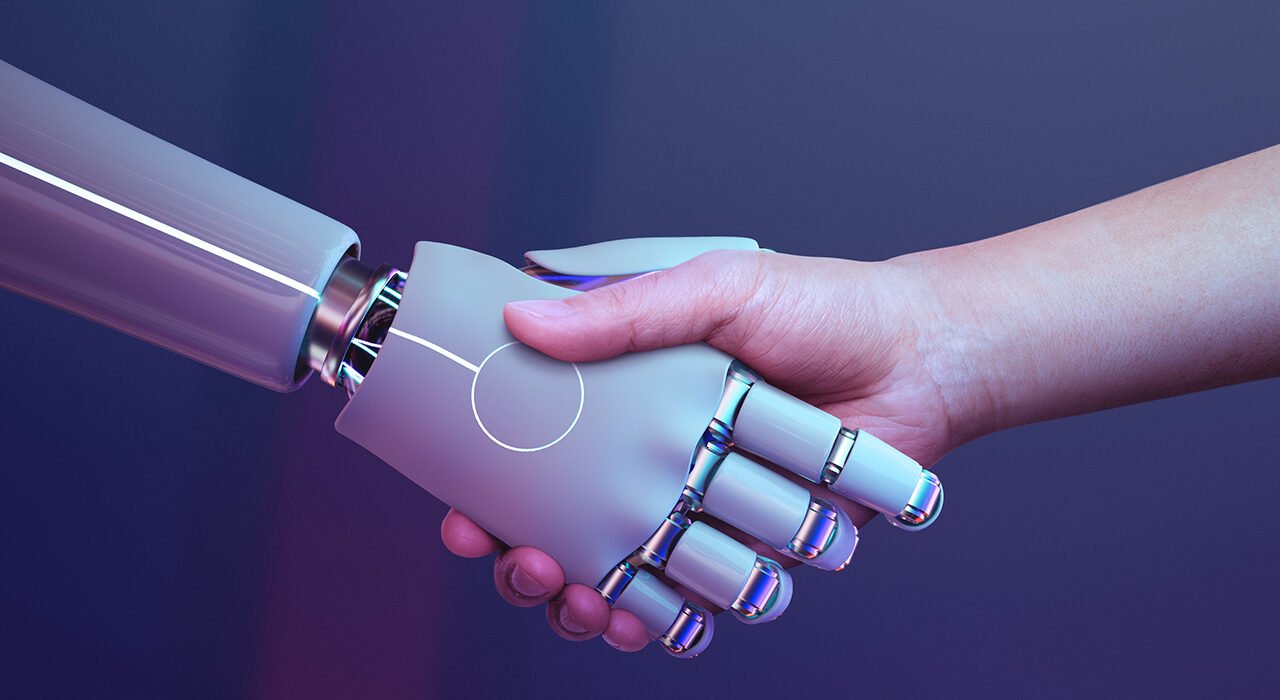 What comes to your mind when you hear the word “robot”? Maybe be an alien-like structure or any human-looked device in a spaceship? Perhaps you envision a dystopian future where humanity is subjugated by its robot overlords. Or, on the other hand, maybe you consider an automobile sequential construction system with robot-like machines assembling vehicles. But will robots take over the world one day?

In this article, we will thoroughly discuss what robots and robotics are and try to find the answer to the question, “will robots take over the world one day?”. Before going to the depth, let us know what robots are.

Nowadays, most people are aware of the concept of robots but fail to frame a proper definition. First, the word robot is derived from the Czech word robota, meaning forced labor. Robots and machines are two different things. Robots are made to communicate or interact with the world interestingly. Robots know how to work in their surroundings and respond to the needful.

Well, if you’re looking for a detailed definition, here it is. Robots are interactive, responsible, cognitive machines or physical tools that can perceive the environment using sensors, reason about events, make plans using algorithms implemented in computer programs, and perform actions enabled by actuators.

Now the question arises: What is robotics? Explained in detail below!

Robotics is the perfect blend of hardware, software, innovation, and advanced technologies. Robotics is a technology-based process of making superior robots. All the process of functioning a robot focuses on the basic plan, development, activity, and utilization of robots in a large group of various settings. Generally, the field of robotics fixates on making robots to perform straightforward or tedious errands at scale or to work under challenging circumstances where people would some way or another, not be able to work. In any case, late advancements in AI and artificial reasoning imply that we might see an expansion in human-to-robot connections later.

Well, the concept of robots has existed for many years, but the advancement of robots started a few decades ago. They are developed in such a way that they can work or do the job of a human being. There are now thousands of applications in one robot. Here are some of the sectors in which a robot can be used:

Advantages and Disadvantages of Robots

The field of robotics offers answers to various problems. As we’ll see, the eventual fate of robots could impact the world we live in. Nonetheless, that doesn’t mean there aren’t disadvantages to the innovation.

As investigated on our open step from the University of Reading, there are different upsides and downsides to involving robots in our cutting-edge world:

Robotics in our Daily Lives

Anything that you think, one thing is sure: robots are setting down deep roots. Luckily, it appears reasonable that robots will be more about doing repetitive or dangerous undertakings than holding onto incomparable executive power. We should see robotics, characterizing and ordering the term, sorting out the job of Artificial Intelligence in the field, the future of robotics, and how robotics will completely change us.

It’s not difficult to get an impression of how robots change our regular routines: essentially, consider yourself serving siphon next time you stop for gas. Such advancement was difficult to envision when gas stations started. Presently, even occupants in rural areas in the U.S. approach such robots. That is just one illustration of what artificial intelligence means for how we live. But “Will robots take over the world one day?”

Top tech companies are in an ongoing competition to impact how robotics are carried out in individuals’ daily lives – which will lead us to a genuinely exciting future.

How about we make some forecasts, shall we? Everyone has only one question “Will robots take over the world one day?”.

10 Ways How Robotics Could Take Over the World

Now the question arises: “Will robots take over the world one day?”

The Future of Robotics: Will Robots Take Over The World?

Robots are surrounding us, whether the mechanized machines gather our vehicles or the remote helpers that utilize conversational points of interaction to help us around the house. However, as we’ve seen, they’re not appropriate for all everyday issues right now. In any case, will that adjustment represent things to come? Notwithstanding fears of an AI takeover, where machines supplant people as the predominant knowledge in the world, such a situation appears to be far-fetched. In any case, business network PwC predicts that up to 30% of occupations could be mechanized by robots by the mid-2030s. Different reports recommend that the supply of robots worldwide could arrive at 20 million by 2030, with robotized laborers taking up to 51 million positions in the following ten years. Thus, while they may not assume control over the world, we hope to see more robots in our daily routines.

How Robots Will Change the World

As per a report, robotization and machines will see a change in our work. They anticipate that across Europe, laborers might require various abilities to look for employment. Their model shows that exercises that need, for the most part, physical and manual skills will decline by 18% by 2030, while those requiring essential mental abilities will reduce by 28%. Laborers will require mechanical abilities, and there will be a significantly more prominent requirement for those with STEM skills. Likewise, numerous jobs will require socioemotional abilities, especially in jobs where robots aren’t great substitutes, for example, providing care and education. We may likewise consider robots to be an essential piece of our day-to-day daily practice. In our homes, numerous basic errands, for example, cooking and cleaning, might be wholly robotized.

Additionally, with robots that can utilize PC vision and normal language handling, we might see machines that can cooperate with the world more, like self-driving vehicles and computerized partners. Robotics may likewise shape the fate of medication. Careful robots can perform exact activities and, with propels in AI, could ultimately complete medical procedures freely. The capacity for machines and robots to learn could provide them with a considerably more varied scope of uses. Future robots that can adjust to their environmental elements, ace new cycles, and change their way of behaving would be fit for additional intricate and dynamic undertakings.

At last, robots can improve our lives. As well as bearing the weight of genuinely requesting or tedious errands, they might have the option to develop medical care further, make transport more productive, and give us more opportunities to seek innovative undertakings. Even though humanoid robots remain, for the most part, in the domain of sci-fi, mechanical machines are surrounding us. These accomplishments of designing as of now assist us with numerous everyday issues and could change the future for us. Notwithstanding different benefits and hindrances, one thing’s without a doubt; those with abilities in robotics will be exceptionally pursued from here on out. Whether making, programming, or keeping up with robots, there will probably forever be work in the field of robotics.

The question “Will robots take over the world one day?” doesn’t have a clear answer till now. Robots could someday be our drivers, companions, collaborators, teachers, specialists, and exploration pioneers. The capabilities of this technology will develop as scientists and specialists proceed to innovate and advance robotics. Robots are already a central part of everyday life in many capacities. They will probably work on the quality of life for billions of individuals and even assist us with reaching new skylines on our planet. 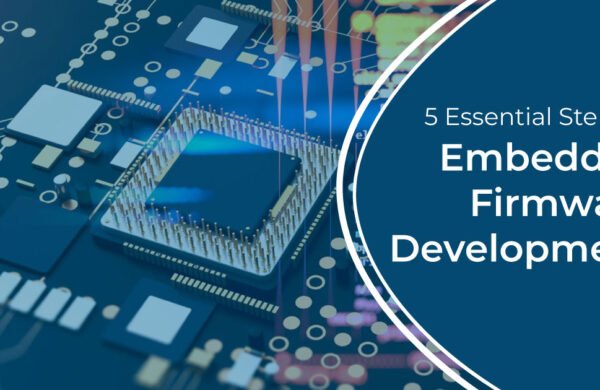 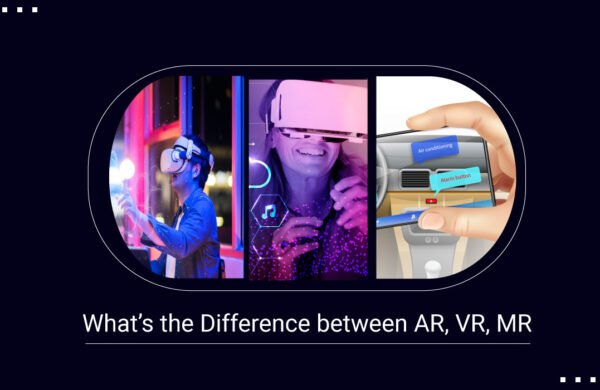